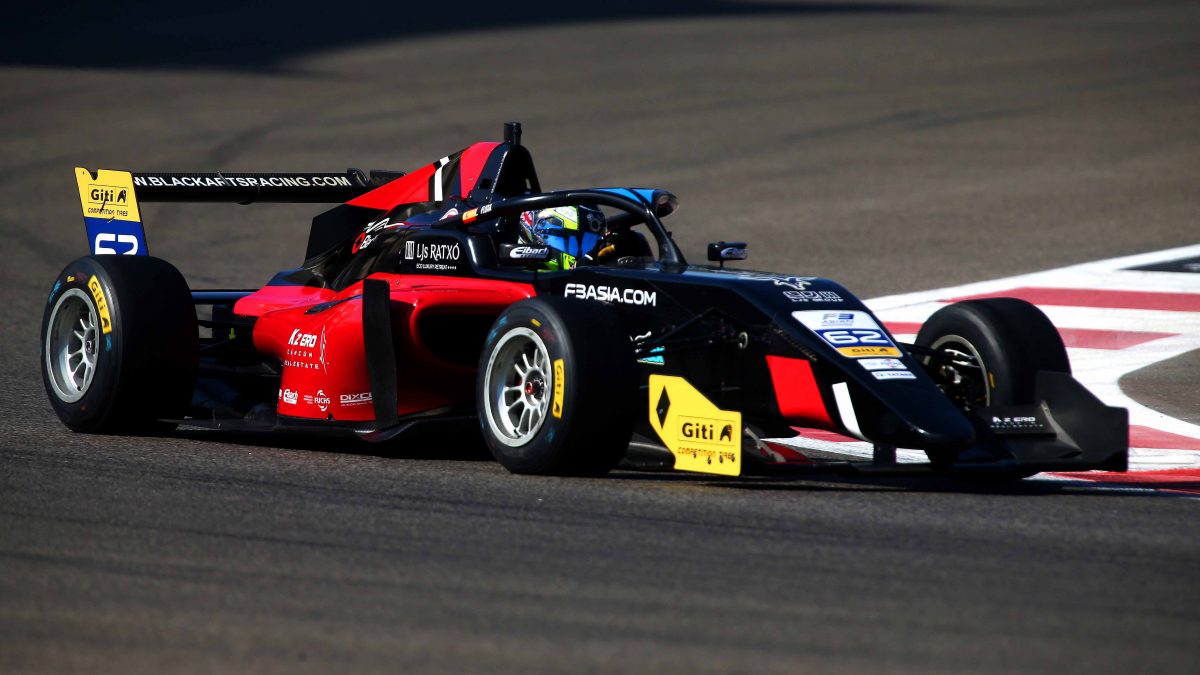 This weekend the 4th round of the FIA F3 Asia takes part in the Dubai Autodrome. The condensed Championship faces its final stint as there will be five meetings in just four weeks. After the excellent 4th position achieved on the second race at Yas Marina (Abu Dhabi) in round 3, Lorenzo Fluxá aspires to keep fighting for the first positions on the Chapionship.

February is passing fast and with it the FIA F3 Asia calendar. This Championship started on the last weekend of January at the Dubai Autodrome and will finish the 14th of February at Yas Marina. From the first moment Lorenzo Fluxá found himself comfortable on this category, as he debuts in F3, and uses it as a platform to prepare for the Formula Regional by Alpine in which he will race this season.

His return to the United Arab Emirates, where he was runner-up in F4 last year, is proving very positive, with a proper progression. On his debut at Dubai he scored his first point after finish 10th on the last race of the weekend.

Some days later, on the double-header at Yas Marina, in Abu Dhabi, the BlackArts Racing driver achieved a magnificent 4th position, his best result yet. It was on the second meeting raced at the spectacular F1 circuit. The Majorcan, sponsored by LJs Ratxó Eco Luxury Retreat, Reserva Park-Serra de Tramuntana and K-Zero Cancún Real Estate, finished the weekend at Yas Marina with a hard-fought P9, as he spent most of the race battling for 8th.

With these results Fluxi is 12th overall, 6th on the rookie standings. Let’s remember this season the Championship has a very exceptional crowd, with usual F3 and F2 drivers from F1 junior teams like Alpine, Williams, Red Bull or the Ferrari Drivers Academy taking part. Apart from preparing their 2021 seasons in a safe space, those drivers will also benefit from the points awarded by the FIA to get a F1 superlicense.

Although the Championship comes back to the Dubai Autodrome, drivers will race on a different track layout to the one they used at the season opener. This, along with the arrival of new drivers to the Championship such as Leon’s David Vidales (Abu Dhabi Racing by Prema), second Spaniard on the Championship, will make this meeting more interesting.

As the rest of the rounds of the Championhsip, the Dubai round will be available on streaming on the F3 Asian Championship Certified by FIA’s YouTube channel.

Lorenzo Fluxá: “We come back but this time we’ll do the GP layout. It’s the longest variant, with more straights and more fun, as it has more passing spots. Our intention will be to be as furthest as possible on all three races. The team has made a huge step up and the car is perfect. After the positive weekend in Abu Dhabi we are 12th overall and my target is to fight to climb up to 6th or 7th at the end of the Championship. Every day I’m getting more comfortable driving the F3 and I’ll give it all on track again”.