Lorenzo Fluxá, on the brink of a podium in a complicated meeting on the Spanish F4 Championship at Jerez 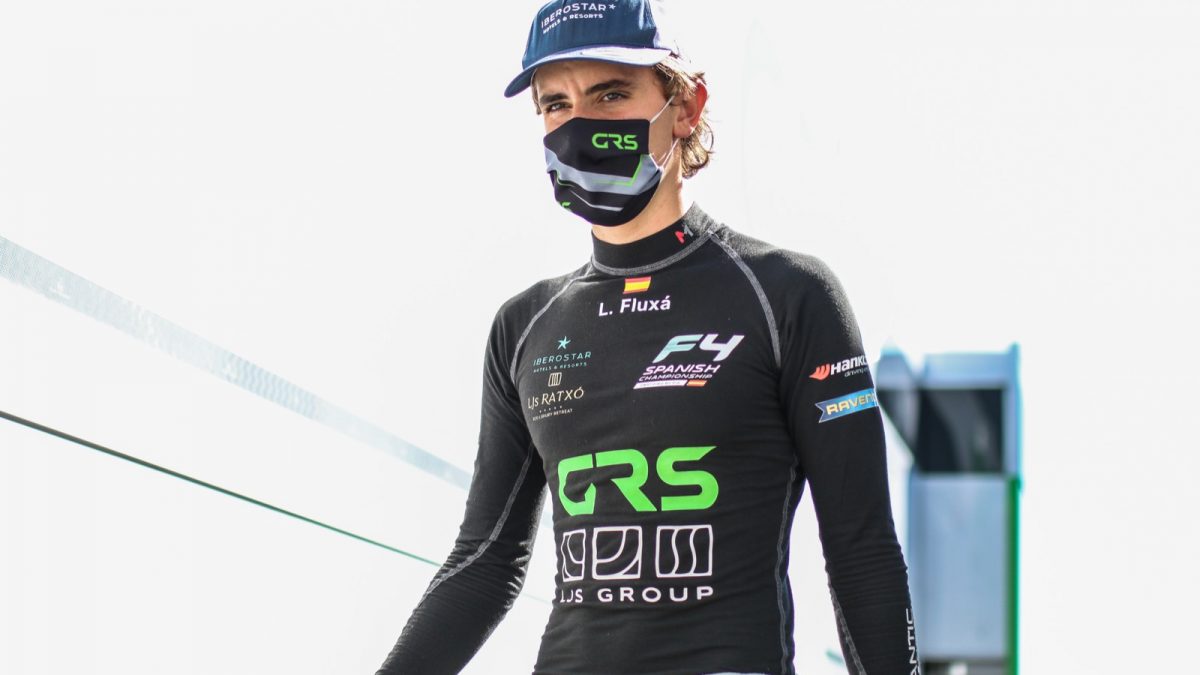 THE MAJORCAN DRIVER, ONE OF THE 20 USUAL PARTICIPANTS ON THE SPANISH F4 CHAMPIONSHIP, IS READY TO RACE ON THE CIRCUITO DE JEREZ-ANGEL NIETO. THE ANDALUSIAN TRACK WILL HOST THE YOUNG 15-YEAR-OLD DRIVER, ANXIOUS TO CONFIRM ON TRACK THE GOOD RESULTS ACHIEVED ON THE LAST TWO MEETINGS.

September will be a key month for the Spanish F4 Championship. After its start on July with races taking place at the Navarra Circuit, August was the moment the Championship travelled to France to race at Paul Ricard. Now this weekend (19-20 September) in Jerez, there will be the third meeting of the F4 Spain, category that will quickly pack to Valencia, where we will see the fourth round of the Championship at the Ricardo Tormo de Cheste Circuit a week later, 26-27 September.

Lorenzo is the older brother of the Fluxá Cros and two of his three brothers, Lucas, 11, and Luna, 9, race in various karting categories. Despite his youth, Lorenzo has a vast experience in competition and both he and his team, GRS Team (Global Racing Service=, are doing everything in their hands to fight for the Spanish F4 Championship title. The Majorcan is the best rider of the Valencia-based team and aspires to get a win as soon as possible. From the races at Paul Ricard, Lorenzo’s car, a Tatuus F4 T014 equipped with an Abarth 1.4 Turbo, bears the colors of Reserva Park-Serra de Tramuntana and K-Zero Cancún Real Estate, alongside his main sponsor, LJs Ratxó Eco Luxury Retreat.

After the two first rounds, Navarra and Paul Ricard, Lorenzo sits on 5th on the standings. A rising Championship, where both teams and drivers are on a high level. Just to show, on this weekend and Jerez the Dutch Thomas ten Brinke, Junior World Karting Champion, will debut in F4. He’s the same age as Lorenzo, 15.

The Spanish F4 Championship comes back to the Jerez track, where last year they raced under the RFEdeA’s Racing Weekend. Included this time, just like in Navarra, on the competitions organised by V-Line Org, the 3rd round of the F4 Spain will be a part of a most crowded weekend. The GT CER and the 1 and 2 CER categories will offer a great show on the Andalusian track, although under closed doors due to the restrictions designed to palliate the COVID-19 pandemic.

Lorenzo Fluxá: “What we lived at Paul Ricard was fantastic, with races tremendously contested where in a moment you could go from being on the podium to 6th or 7th. Due to its characteristics, Jerez doesn’t promise as much as its passing points are minimal in comparison to the French track. If at Paul Ricard we were looking for top speed, the set up for Jerez needs a bigger aerodynamic package to have more grip on the turns, specially on the fast zones and on the twisty section. We are arriving at a key moment of the Championship. Now I have more experience and we visit tracks like Jerez that I really like. I think we can make good races here”.