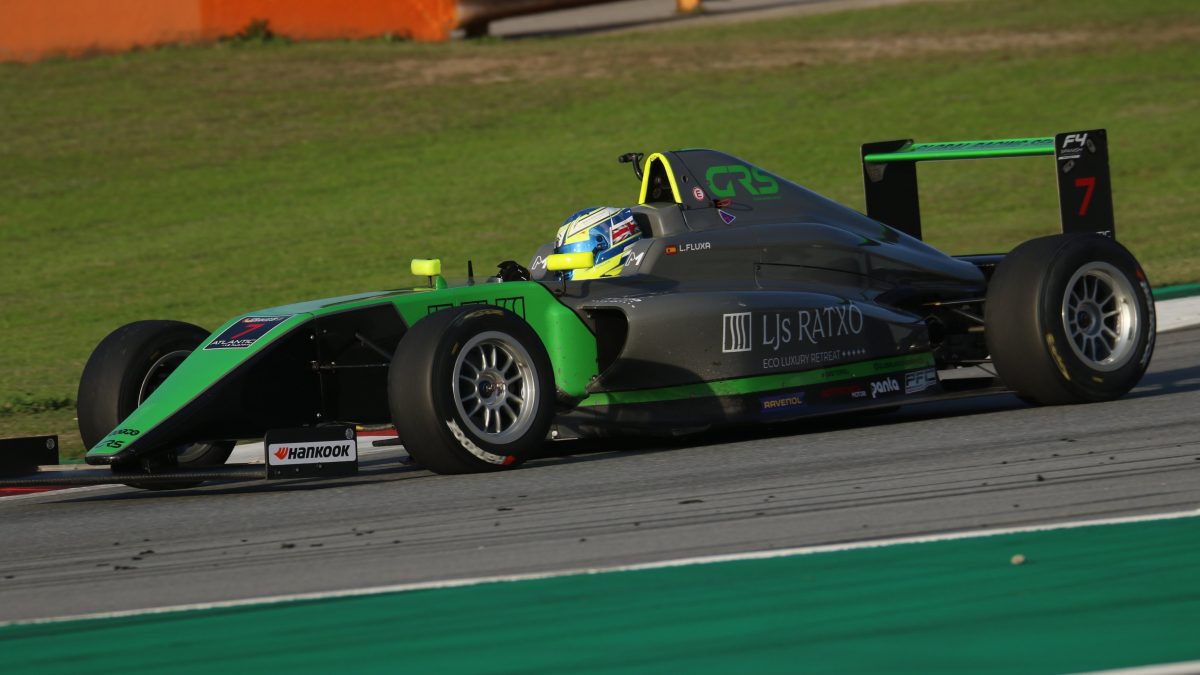 THE CIRCUIT OF BARCELONA-CATALUNYA WAS THE STAGE OF THE LAST ROUND OF THE SPANISH F4 CHAMPIONSHIP. LORENZO FLUXÁ FINISHED THE 2020 SEASON WITH TWO P6 ON THE LONGER RACES AND P11 ON THE SHORTEST ONE. THE 15-YEAR-OLD MAJORCAN, SPONSORED BY LJs RATXÓ ECO LUXURY RETREAT, MADE IN MONTMELÓ TWO GREAT SHOWCASES TO FINISH SIXTH.

To finish sixth on his debut on the Spanish F4 Championship wasn’t what was targeted at the beginning of the season of Lorenzo Fluxá, but taking into account how the season developed it can be considered a great result. Runner-up on the F4 UAE during the winter season, the goal for the Balearic driver was higher, but the dominance by Dutch team MP Motorsport on the 2020 F4 Spain has not allowed him to finish higher. This is why his 6th position must be evaluated fairly. He is the first non-MP Motorsport classified, achieved at the wheel of a car from the Spanish team Global Racing Service. Furthermore, the 15-year-old Majorcan finished as the second-best Spanish driver of the grid.

Speed and consistency have been the fundamental characteristics by Lorenzo Fluxá during the season. His racecraft was already shown on his debut at Circuito de Navarra, where he got his first podium. Four months later, on the last event of the season, the Majorcan has done three solid races, specially the two where he finished in 6th. During the weekend, he had two objectives: trying to catch up with 5th overall Oliver Goethe (MP Motorsport) and not allowing Quique Bordas (Fórmula de Campeones) to snatch his 6th. In two of the three races, Lorenzo Fluxá finished in front of both drivers, although it wasn’t enough to take P5 from the Dutch.

The first Qualifying session was one of the tightest of the season, having 12 drivers in just 1 second. This way, the Balearic’s 9th was very positive, his Global Racing Service being only behind the untouchables MP Motorsport and the three fastest drivers of Drivex School. On the second Qualifying, Lorenzo Fluxá achieved an even better result, climbing up to 7th on the grid.

Starting on P9, the driver sponsored by LJs Ratxó Eco Luxury Retreat placed himself in 8th after a mistake on Paul Adrien Pallot, from Drivez School. The cars were in a tight group. He passed Lena Buhler (Drivex School) rising up to 7th. From that moment on, the Majorcan set his sights on 6th placed Ivan Nosov (Drivex School), who was challenging Thomas Ten Brinque (MP Motorsport) for P5. Behind them Lena Buhler and Quique Bordás were attacking Lorenzo. On the fifth lap, Bordás passed Buhler and put himself behind Lorenzo. On the second half of the race Lorenzo attacked Nosov. Meanwhile, Pallot passed Bordás while a mistake by Oliver Goethe (MP Motorsport) made him lose some places. This caused Lorenzo to climb up to 6th, where he finished the race, gathering some vital points for the Championship.

On Sunday morning, the second race was held. Lorenzo Fluxá was starting from eight, position achieved with his second-best lap on the first Qualifying session. On the start, he let a position go after being passed by Mari Boya (MP Motorsport), who was starting alongside him. This way the Majorcan was 9th, having Quique Bordás on his slipstream. On the second lap, he passed Pallot and recovered 8th place, although the Drivex driver passed him soon after, a moment Quique Bordás seized to pass him as well, leaving the GRS Team driver on 10th. At the end of the straight, on the third lap, Lorenzo Fluxá passed Bordás again, and got into P9. Lorenzo stabilized his gap to Bordás, securing 9th place, but unable to reach Pallot. On the eight lap, the other driver from the Fórmula de Campeones team, Carles Martínez, passed his teammate Bordás and it was him who challenged Lorenzo for P9. Precisely on the ninth lap both drivers passed Lorenzo Fluxá, relegating him to P11.

The last race of the 2020 season started with Lorenzo being 7th on the grid. The driver spondored by LJs Ratxó Eco Luxury Retreat had to avoid Lena Buhler, as the car of the Swiss driver stalled at the start. That way, Lorenzo Fluxá put himself behind Ivan Nosov, who he passed at the end of the first lap. This way, the Majorcan put himself in 5th. On the second lap, Nosov got his position back while Carles Martínez and Quique Bordás were right behind them. By then, the Russian and the Majorcan got closer to the 4th classified Mari Boya. Despite this, halfway through the race Nosov drove away from the Balearic’s reach, while he distanced six seconds away from his pursuer, Carles Martínez. This way, Lorenzo Fluxá finished P6, an excellent result, precisely on the same position in which he would finish the Championship.

Lorenzo Fluxá: “It’s been a hard season, really. This last 6th position was the best we could aspire to as we fought with a wooden stick against an army. Being the first non-MP Motorsport classified is in some way a satisfaction. This last race at Barcelona wasn’t bad. It’s been a weekend we could properly prepare for, with the soft tyre compound we were going to use on the races. I can’t say I’m happy, but it’s true that finishing the season fighting again for positions at the front makes you finish on a good note. On Qualifying we could go a step further and on the racer the tyre wear made us suffer. Had we had more pace, we could have finished on the top 5, but that’s what we had”. 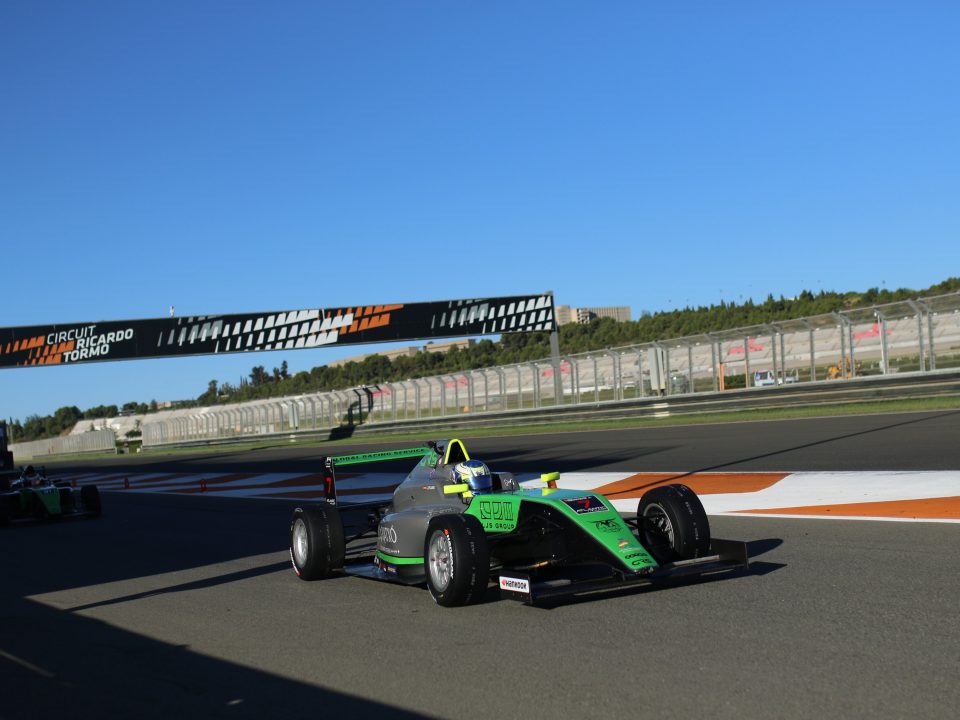