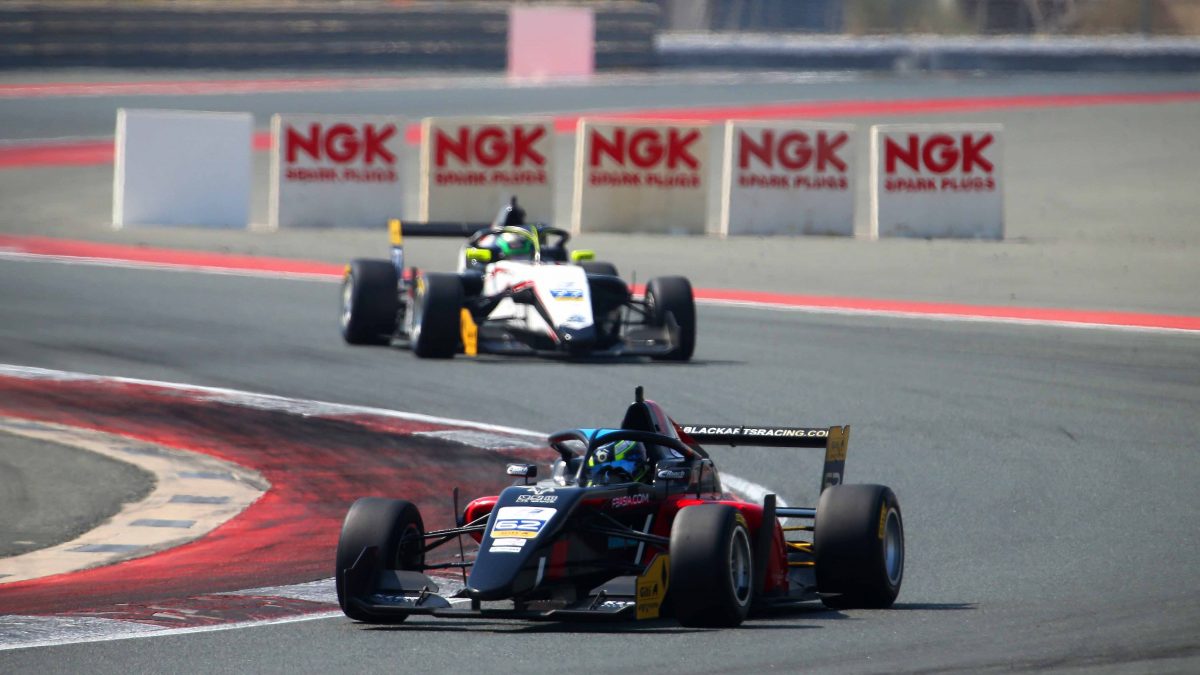 FIA F3 Asia ends its season this weekend on the Yas Marina circuit (Abu Dhabi). This will be the fifth and last meeting of this Championship in which Lorenzo Fluxá has debuted on a F3. The Majorcan wants to bid farewell to the category on a high, aiming to finish on the top 10 overall and fighting for the podium on the rookies’ standings. On the eve of this last event at Yas Marina, the Van Amersfoort Racing team announced Lorenzo will be one of their drivers on the Formula Regional European Championship by Alpine.

The timing is going perfect for Lorenzo Fluxá. After debuting last year on the F4 UAE cars finishing runner-up and 6th on the F4 Spain, the young 16-year-old Majorcan is already on F3. His first contact with F3 has been this winter on the Asian Championship, a category that due to the COVID-19 pandemic has taken place exclusively on the Dubai Autodrome and the Yas Marina Circuit (Abu Dhabi). Taking part on this Championship was decided by Fluxá to use it as a bootcamp ahead of his arrival at the Formula Regional European Championship by Alpine.

Ever since the start of the F3 Asia season, Championship in which Lorenzo races with a BlackArts Racing car, the driver has managed to score points in both tracks. His participation started with a 10th as the best result on the first meeting at Abu Dhabi. He was fourth in one of the races and ninth on the other. An excellent performance by the Majorcan on this track. Back from Dubai some days ago, Fluxi scored again, finishing 7th on the second race of the weekend.

With these results, the driver sponsored by LJs Ratxó Eco Luxury Retreat, Reserva Park-Serra de Tramuntana and K-Zero Cancún Real Estate, he arrives at the last event of the season fighting to get into the top 10 of the Championship. Furthermore, the young 16-year-old sits currently 6th on the rookie’s standings, with possibilities to even be on the podium.

Lorenzo arrives then very excited for Yas Marina, a track where FIA F3 Asia will race at night under the lights that usually are for the F1 GP. Plus, the announcement that in a few weeks he will be racing on the Formula Regional European Championship by Alpine with the Van Amersfoort Racing team, a squad with which he already tested in Barcelona last February, will be for him an incentive to finish his season on F3 Asia on a high.

As all the races of the Championship, the event at Abu Dhabi will be streamed live on the F3 Asian Championship Certified by FIA YouTube channel.