Lorenzo Fluxá, Top 10 on his debut in F3 Asia at Dubai 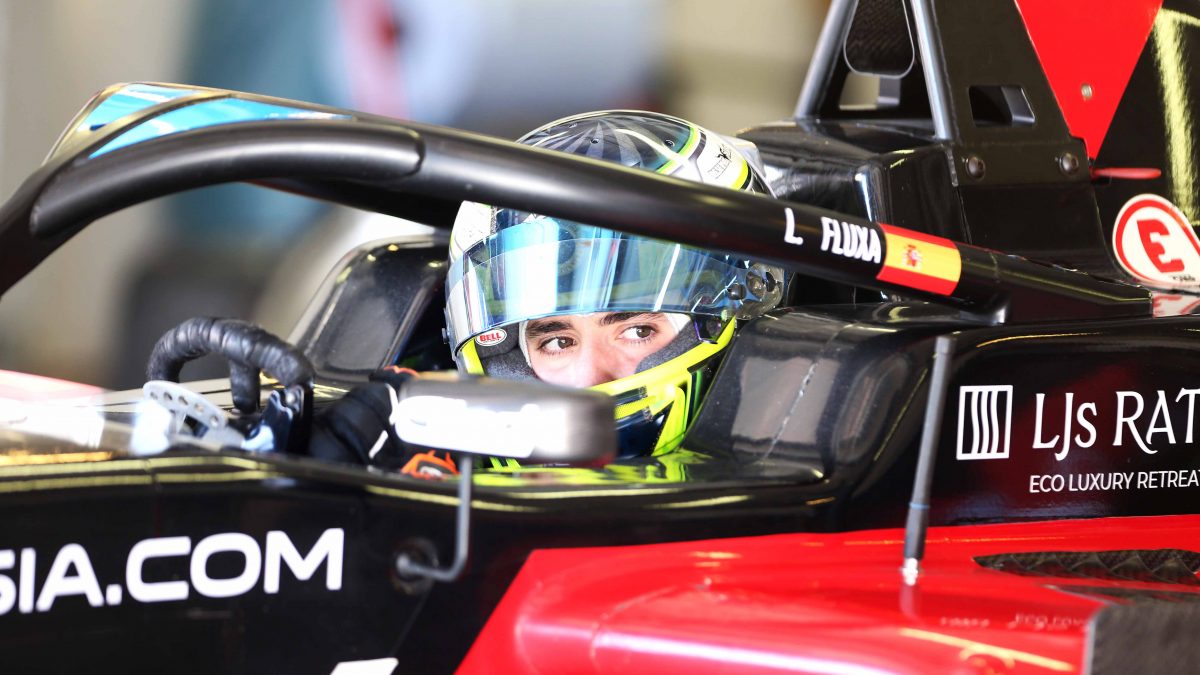 The Majorcan driver continues his roadmap, going up on the international motorsport world. After his debut on single seaters last season, finishing runner-up in F4 UAE and great results in F4 Spain, the young 16-year-old Balearic gets ready to join the Formula Regional by Alpine. As the best way to gather experience towards that Championship, the Spaniard will race this winter in Asia at the wheel of a F3.

The young prospects of motorsports work restless on his way to become elite drivers. Lorenzo Fluxá, who two months ago turned 16, aims to race in 2021 the new Formula Regional by Alpine. This Championship, a fusion between the Formula Renault Eurocup and the F-Regional Europe, hosts ten rounds, two of them as openers for the F1 World Championship.

To prepare for this new challenge that will start the weekend of the 25th of April at Spa, Lorenzo will race this winter on the Asian F3 Championship. This category will race its 4th edition this season. Due to COVID-19, the calendar this year will focus on the circuits of Dubai and Yas Marina (Abu Dhabi). Both tracks are precisely known by Lorenzo after racing last year on the F4 UAE with the Xcel Motorsport team. He debuted there on open wheel, the driver sponsored by LJs Ratxó Eco Luxury Retreat the runner-up spot. The young Balearic achieved on the F4 UAE two victories and eleven podiums a year ago. The experience gathered on that Championship was very helpful for him to become one of the top drivers of the F4 Spain, his biggest sporting challenge in 2020.

Lorenzo will drive on the FIA F3 Asia a BlackArts Racing Team car. The squad based on Hong Kong is directed by North American Bill O’Brien and their manager is ex-F1 driver, Malaysian Alex Yoong. This team counts with an excellent history in Asian competitions, whether it be F4 or Formula Renault, and being the reigning F3 Asia Champions in both teams’ and drivers’ with Dutchman Joey Alders. This season, Lorenzo will partner Turkish Cem Bolukbosi, Mexican Rafael Villagomez and Czech with Venezuelan heritage Zdnek Chovanec.

After finishing the season on the Circuit de Barcelona-Catalunya past November, Lorenzo has taken part in various test sessions for the Formula Regional by Alpine, category in which he is in talks with various teams for his imminent arrival at the Championship. Meanwhile, at F3 with the BlackArts Racing team, the Majorcan faces with eagerness his comeback to the track in 2021.

At the wheel of a car from Global Racing Service, Lorenzo finished 6th last year on the Spanish F4 Championship, where he was the second-best Spanish classified. With two podiums on the Navarra and Paul Ricard meetings, his sixth position overall achieved by the young Majorcan has to be fairly judged. Fluxá was the first non-MP Motorsport classified in a season where the Dutch team dominated on every track.

The F3 Asia is organized so it has five different meetings, three at the Dubai Autodrome and two at Yas Marina (Abu Dhabi). Every meeting has two Qualifying rounds and three races. A part from wearing the colors of LJs Ratxó Eco Luxury Retreat, Lorenzo’s car will also bear the logos of Reserva Park-Serra de Tramuntana and K-Zero Cancún Real Estate, his main supporters since last year.

Lorenzo Fluxá: “We chose Asian F3 for various reasons, the first because their car is optimal to prepare for the next season. It’s a highly competitive Championship where both F2 and F3 drivers race and that’s very important to prepare for the European season and, if possible, to get some good results. The F3 has more downforce, more speed, requires strength and decision when driving and the feeling is very good. Those will be my first races on F3 and the target is to learn, step by step. Getting on a single seater again here on the previous tests has been special, as in Dubai I debuted on open wheel racing and where I got my first victory. I really like this track. Last weekend I raced thinking a lot on Adrián Campos. I was lucky to meet him and listening to him was always a pleasure. We are all very sad for his unexpected passing”.