Test in Mugello and races at Valencia; full week for Lorenzo Fluxá with the Tatuus F4 Abarth 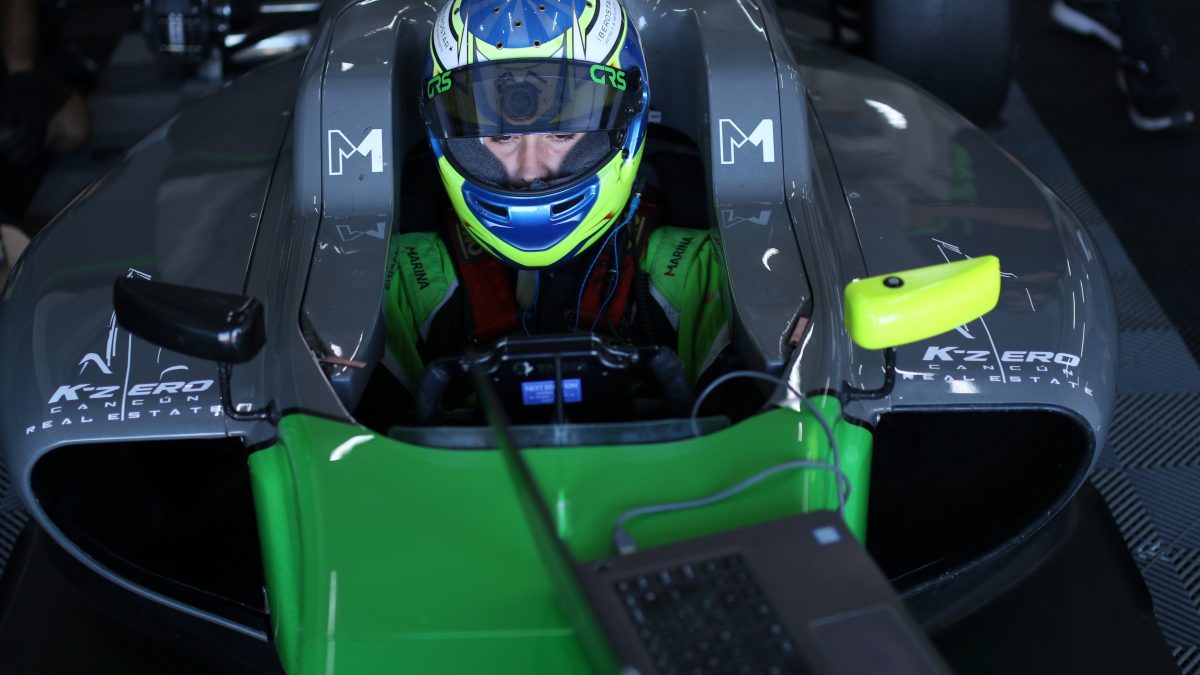 THE SPANISH F4 CHAMPIONSHIP’S VISIT TO CIRCUIT RICARDO TORMO DE VALENCIA FINISHED FOR LORENZO FLUXÁ WITH TWO 6TH POSITIONS AND A 7TH ON THE THREE RACES TAKEN PART ON. THE GLOBAL RACING SERVICE TEAM DRIVER STARRED ON A GREAT COMEBACK ON THE LAST RACE. DESPITE STARTING 7TH ON THE GRID, A MELÉE ON THE FIRST TURN PUT HIM BACK SOME POSITIONS, RECOVERING UP UNTIL 7TH AFTER SEVERAL PASSES.

The middle of the Spanish F4 season matched with the round and the Valencia circuit. The track is considered their home race by the Global Racing Service team, where Lorenzo Fluxá races, who came to the track pumped up as usual. Apart from being close to his team’s base, on the nearby city of Paterna, this track is the geographically closest to his birthplace and residency, Palma de Mallorca, and this, logically, was an extra incentive.

After Friday’s collective Practice on Saturday the two Practice sessions and the first Qualifying were held. On that decisive session, Lorenzo set two 7th positions as his best times, which would be his grid position at the start of the first two races. In a weekend full of penalties to riders on track limits, Lorenzo nailed the Sunday work and qualified yet again in 7th for the last and final race.

On the first race, on Saturday afternoon, the number 7 Tatuus Abarth gave away his position when local Carles Martínez (Fórmula de Campeones) passed him on the first lap. But already on the second turn Lorenzo reclaimed his position. An incident involving Javier Sagrera (Mol Racing) and Lena Buhler (Drivex School) made the race direction to drop the Safety Car on the third lap. After two laps the race was on hold, resuming on the fifth lap. During most of the first race, Lorenzo was in between Paul Pallot and Ivan Nosov, bot Drivex School drivers, consolidating his P7, where the driver form LJs Ratxó Eco Luxury Retreat driver crossed the line.

Despite this, the results of that race were quickly updated as many penalties due to the abuse of track limits were applied. This way, Lorenzo got himself on 6th, which allowed him to gain some vital points for the Championship.

On the second race, held during the Sunday morning, Lorenzo Fluxá started again on 7th. On the first lap, he attacked Paul Pallot while Carles Martínez was lingering behind. The runoff by Enzo Joullie (MP Motorsport) and Mehrbod Shameli (Xcel Motorsport) on the fourth lap made it necessary for the Safety Car to deploy. The race was resumed on lap 7, after two laps. On the restart, Lorenzo put himself in6th after passing Pallot, being right behind his teammate Sueliman Zanfari after the pass. On the final straight of the race, Pallot attacked Lorenzo, but the Global Racing Service team driver defended up until the end to finish 6th.

With Lorenzo Fluxá once again on 7th for the third time, things were shaken up a bit on the last race. The car of Oliver Goethe (MP Motorsport) stalled at the start, although there were no consequences for this. Some metres ahead, a clash between Joshua Dufek and Thomas Ten Brique, both form MP Motorsport, brought chaos to the drivers behind, among them Lorenzo Fluxá, who had to run off the track to take avoiding action, coming back to the track on last.

Given the circumstances, and with the entire race ahead, the Majorcan from Global Racing Service started a stellar recovery drive. On the fourth lap he was already 12th behind his teammate Alejandro García, who he passed five turns later. Then, he put his sights on 10th, who was Manuel Silva, who he passed on lap 14. On the final part of the race, the Majorcan got inside a group in which all the drivers were very close to each other, and on the last lap he managed to pass Enzo Joullie and Agustin Collinot (Drivex School) to cross the chequered flag 8th – 7th after some penalties were applied due to the abuse of track limits once again.

Lorenzo Fluxá: “Once again we’ve lived a weekend where we’ve proven a lot of potential but results didn’t come to us. We are missing that last push that the teams that’s dominating the category has, MP Motorsport. I feel we are on a tow. I’m conscious that if we start from 7th it’s hard to get the win, specially in a track as Valencia where it’s hard to pass. We are missing doing well on Qualifying, getting the most out of the new tyre. The comeback of the last race was impressive. I could save up some points after the disastrous start due to the chaos on the first turn. I hope that in a few weeks luck is on our side in key moments like this and we can get another podium or even a win”.