Lorenzo Fluxá, among the favorites for the victory on the Spanish F4 at Paul Ricard

Debut with podium for Lorenzo Fluxá in F4 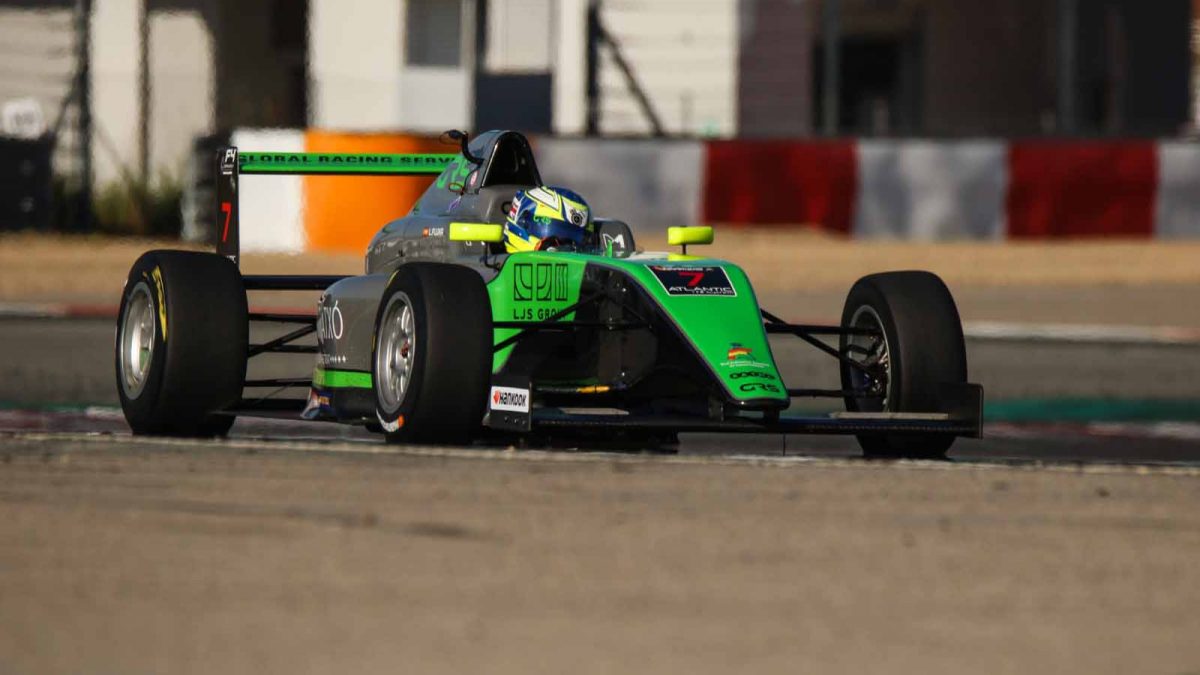 JUST A MONTH AFTER HIS POSITIVE DEBUT, LORENZO FLUXÁ FACES THE SECOND CHAMPIONSHIP MEETING AT THE PAUL RICARD CIRCUIT, IN FRANCE. THE YOUNG MAJORCAN GOT IN NAVARRA HIS FIRST F4 PODIUM, AND HE ASPIRES TO WIN HIS FIRST RACE ON THE FRENCH TRACK.

The Spanish F4 Championship continues after its start at the end of July on the Navarra Circuit. The second event of F4 Spain will be held this weekend in France, on the mythical Circuit de Paul Ricard, a track where F1 used to race and that is back on the calendar of the top category since 2018, after almost a 20-year gap.

On the Le Castellet track, by Marseille, Lorenzo Fluxá will be one of the vanguard drivers on the Spanish F4 Championship. After his excellent debut in Navarra, where he was 3rd, 4th and 6th on the three races held during the weekend, the driver sponsored by the Majorcan hotel LJs Ratxó aims to keep getting better.

On the Navarrese round, the 15-year-old proved his qualifying speed too, getting a 2nd and 3rd position at the start of two of the races he faced. It was on those sessions where he got the best results of the weekend: his first-ever podium after finishing 3rd and P4. The Majorcan, runner-up on the UAE F4 this past winter – his debut on single seaters – is conscious of the importance of a good qualifying to, be able to fight for his first victory of the season from the front of the grid.

After his good start in Navarra, Lorenzo is 3rd on the standings tied up with Mari Boya (4th), both being the best Spanish riders on this very international Spanish F4.

Coming off karting, just like the other 20 challengers on the Spanish F4, Fluxá races with the GRS Team (Global Racing Service), who are based on Valencia. Lorenzo has Mexicans Eloy Sebastián López and Alex García and Moroccan Suleiman Zanafri as his teammates; Fluxá is the best-qualified driver on his team.

After the races at Navarra, the drivers have made some tests on different tracks of the Championship, being one of them Paul Ricard. These private tests allowed riders to fine-tune their Tatuus F4 T014 open wheelers, equipped with Abarth 1.4 Turbo engines and a sequential gearbox.

The Spanish F4 race is among a vast meeting organized by GT Sport. Apart from this Championship, the track will host races for the International GT Open, the Euroformula Open, the GT Cup, the European TCR and the Formula Regional European Championship. The races of the Spanish F4 Championship will be available live on streaming through the official webpage: f4spain.org.

Lorenzo Fluxá: “After debuting in Navarra with a podium, we come to Paul Ricard very motivated. We have worked hard on the car on the previous tests we did and our target is to go one step further. We will go for our first victory on the Spanish F4 Championship. Winning is always the target when you’re racing and the closer you are to getting it, the more effort you put int. On the tests we fine-tuned the car in its set up to get those last tenths we lacked in Navarra and so its behavior is more consistent during the race. Paul Ricard is the longest track on the calendar, a spectacular F1 circuit, very quick, with strong braking zones before the slow corners. I really like it, specially the chicane that divides the Mistral straight in two”.